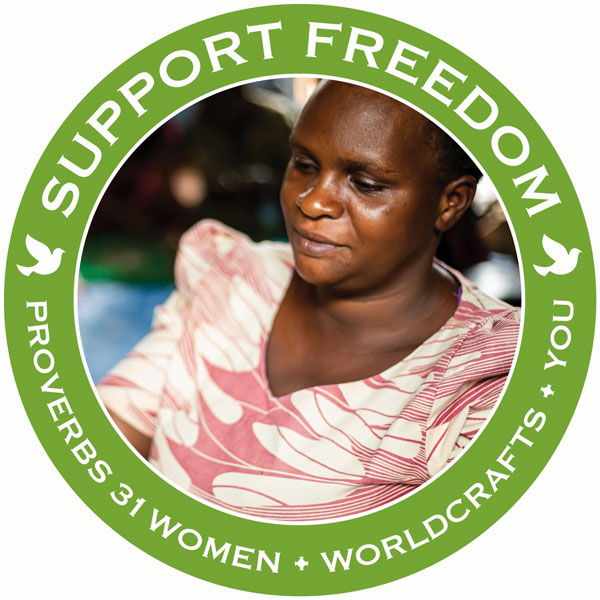 The remote, up-country villages of Uganda in East Africa can be a truly cruel place for a woman. Often denied education and equal legal standing, women in these areas usually have few economic opportunities and are often subject to forms of sexual exploitation.

Take the case of Birungi, a young widow. When Birungi’s husband died, her in-laws forced her and her children to leave the land her husband had owned. Deprived of her meager belongings, Birungi was unable to find the means to provide basic necessities for her children, so she resorted to prostitution.

That’s just one example among many of injustice and desperation here. Younger single women are often lured away to the capital city, Kampala, by the promise of a good job. But there they find themselves working in a private home as a maid and sex slave to the owner for no pay and little to eat. Many more village women are widows suffering from HIV/AIDS after being infected by an unfaithful husband. Too weak to do manual labor, their land also may be taken from them as Birungi’s was, leaving them vulnerable and alone to endure crushing poverty, injustice, and pain.

Young Ugandan girls, many orphaned by AIDS, are also potential victims of exploitation. Some are betrothed or even sold as wives to much older men. Others are kidnapped and simply disappear. To transform the lives of these precious women, Proverbs 31 Women and WorldCrafts have partnered together to develop an environment-friendly, beaded jewelry project that provides much-needed wages, as well as emotional and spiritual support, to those in dire need. By making attractive, handmade jewelry out of colorful, recycled paper, the women earn an income that supplies their basic needs. They can pay for food, their children’s education, medical bills, and rent or house payments. They and their children also learn of His love for them.

Thanks to income from her jewelry making, Birungi can now meet the needs of her family without selling herself. And she’s not alone. There are many others who used to be sexually exploited but today sing songs of praise and thanksgiving as they work together through the local ministry of Proverbs 31 Women.

Not just women benefit either. The lives of whole families are being changed in remarkable ways. Katumba and Asiimwe, a married couple with several small children, had worked a piece of abandoned land for many years. They sold the crops they grew and were finally able to build a house. However, another man soon appeared and claimed that he owned the land. He was wealthier and bribed the court. Therefore, the young couple lost everything . . . land, house, crops, and livelihood. But, Asiimwe’s income from the beaded jewelry project has helped the family overcome their adversity and start again.

Who could have guessed recycled paper would be so potent an agent for social and spiritual change?

Support the artisans of Proverbs 31 Women by purchasing their paper bead jewelry.