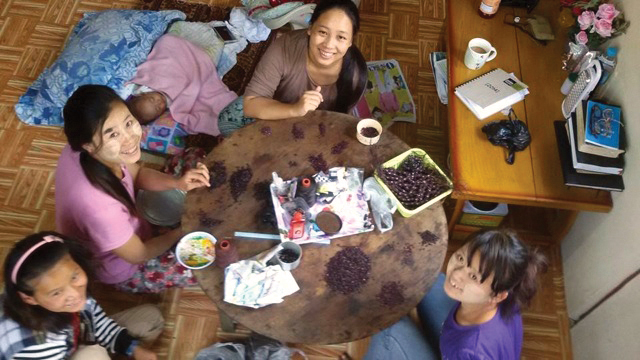 A native of Myanmar’s infamous mining town began Mogok Inklings. Like most children, as a little girl she played in the dirt. But, unlike most children, among the rocks and pebbles in her yard, the earth yielded fragments of rubies and semiprecious stones. Ironically, Mogok’s underground riches do not bring hope or opportunity to the residents of this town. So, the younger generations have been drawn away by the promises of a better life beckoning from the Thai and Chinese borders. Fueled by faith that has grown since her childhood, the little girl has now grown up and is creating jobs using the smaller gemstones that have been cast aside by the mining industry. Mogok Inklings now employs and shares hope with young people who are striving to finish school.

Products From This Artisan