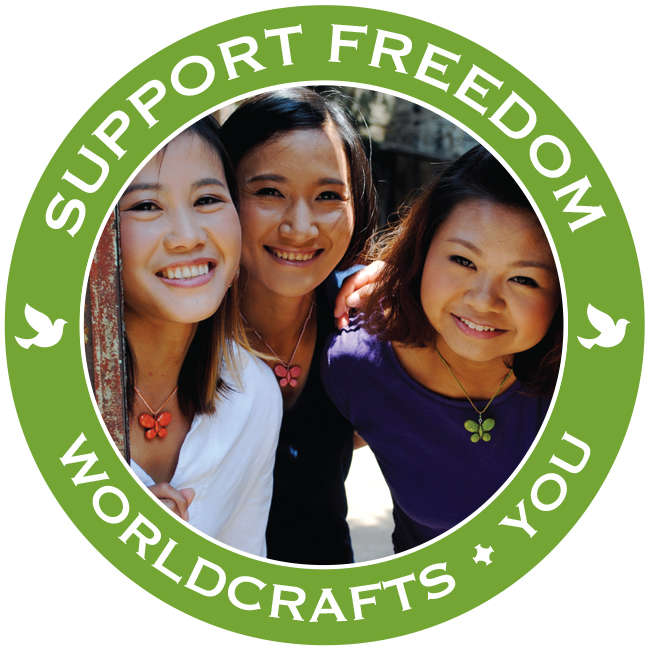 The WorldCrafts Support Freedom campaign actively empowers our customers, buyers, and artisans by supporting those groups working to free women involved in or at risk of human trafficking and sexual exploitation.

WorldCrafts makes a difference . . . for victims of modern-day slavery. Each year, by force, fraud, or coercion, millions of people find themselves trapped in bonded labor and sexual exploitation. WorldCrafts artisan groups work to end these evils by providing sustainable income to people in poverty. When earning a living wage, parents are less likely to be seduced by a sex trafficker’s poisoned promises regarding their daughter’s future. And young women hoping for better lives are less likely to fall prey to criminals seeking to use and abuse the most vulnerable.

Thank you for your support of WorldCrafts artisans around the world.